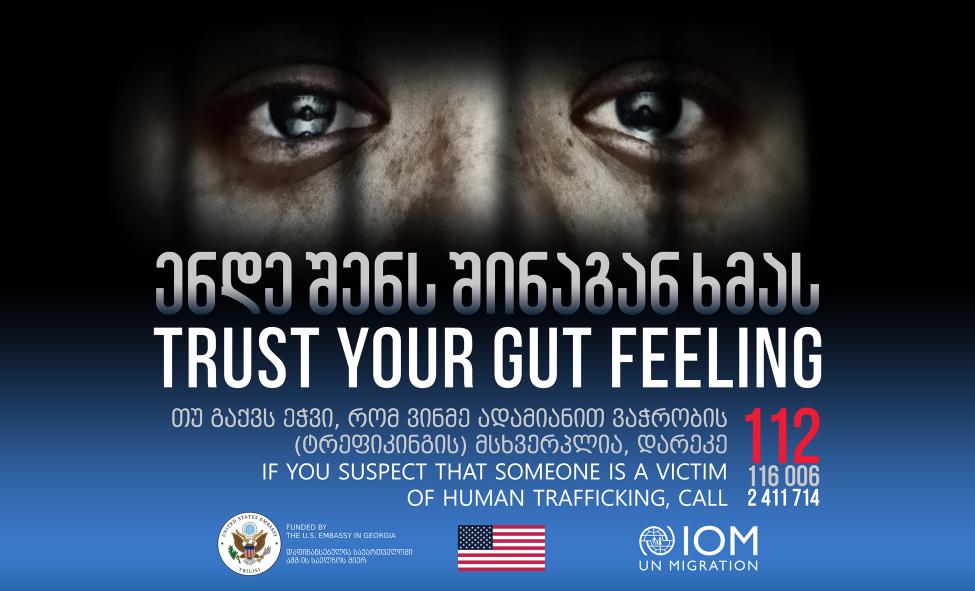 Every year on the 30th of July, the world marks Anti-Trafficking Day and reiterates its commitment to combat this crime and protect vulnerable people.

In Georgia, IOM launches on 30 July a new information campaign that calls on people, who may be witness to the crime of trafficking in human beings, to come forward and report to the police or victim assistance structures. Under the slogan “Trust your Gut Feeling”, this campaign aims to increase the engagement of society and appeals to everybody to take responsibility and call the various hotlines that the Government of Georgia operates in the area of human trafficking.

IOM has placed banners, video announcements and flyers on all three international airports in Georgia and also on the busiest land border crossing point of Sarpi on the Black Sea coast. An impact assessment will be conducted later this summer to gauge whether this information campaign has had the desired impact.

This year’s information campaign of IOM in Georgia is supported by the US Department of State under a project funded by the International Bureau for Narcotics and Law Enforcement (INL).