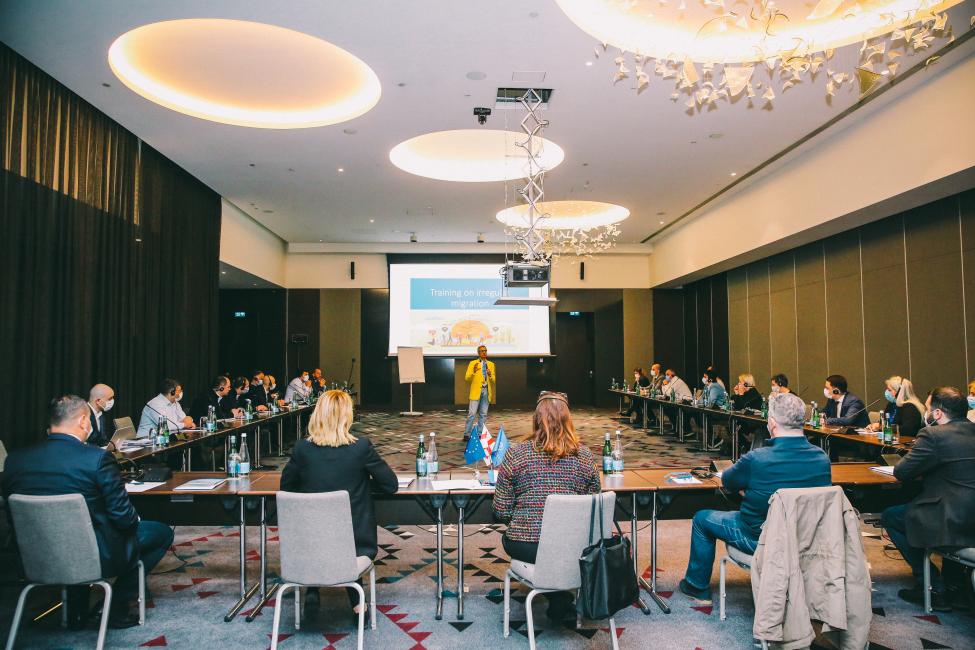 Since March 2017 the number of asylum applications lodged by citizens of Georgia in EU member countries have increased substantially, many of which are unfounded. The EU expressed its concern about this development. In reply to the increasing number of unfounded asylum applications and to curb the facilitation of those migration flows to the EU by brokers and mediating firms, in June 2019 the Government of Georgia amended its Criminal Code and added Article 3442: Creating/organizing relevant conditions for a citizen of Georgia to illegally stay in a foreign country, or facilitating/organizing provision of wrongful information regarding the infringement of one’s rights or freedoms for the purpose of obtaining asylum. Based on IOM’s communication held throughout 2020 with the Georgian Prosecutor’s Office (POG) and the Criminal Police Department of the Ministry of Internal Affairs (MIA CCPD), this article has not been applied very frequently to combat irregular migration from Georgia. Both law enforcement bodies expressed to IOM the interest in studying the best practice or approach applied elsewhere concerning the enforcement of the relatively similar criminal statute.

IOM has engaged Italian prosecutor and investigator to conduct an interactive two-day workshop on 28-29 March for the representatives of the Ministry of Internal Affairs and the Prosecutor’s Office of Georgia. The experts guided Georgian colleagues through legal and practical intricacies of investigations of irregular migration schemes, aiming to facilitate illegal stay of Georgian nationals in the EU.

The training course was organized under the project “Supporting the Government of Georgia in the Further Development of Border and Migration Management Capacities (BMMAG).” It built upon previous capacity building activities implemented by IOM with EU support, engaging experts from the Netherlands, France, and Spain.

Alternative Measures to the Detention of Migrants: EU Facilitated Experience Exchange Between Georgia and Bulgaria

With EU Support, IOM and the High School of Justice Conducted a Training-for-trainers