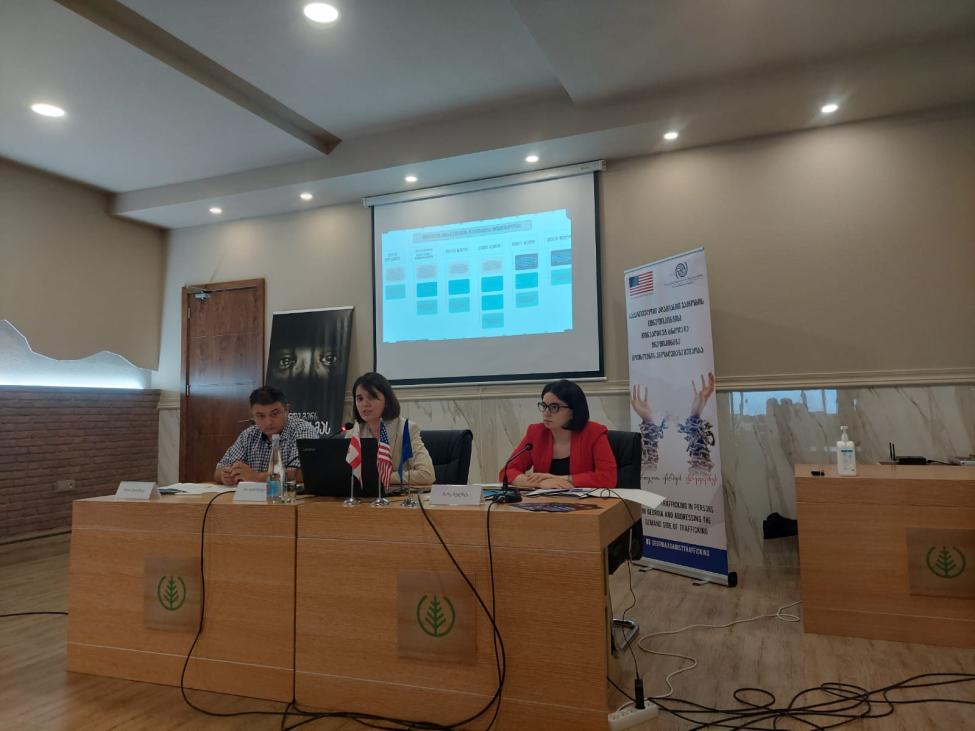 From 21 to 23 July, IOM hosted an inter-ministerial coordination meeting in Telavi to discuss state action to combat trafficking in persons. Attended by 20 participants representing the Ministry of Justice, the Ministry of Internal Affairs, the Prosecutor’s Office, the Agency of State Care and the Labour Inspection Office, several issues were discussed to foster concerted state action to address challenges that the Georgian authorities face in combating various forms of trafficking in persons and how to increase law enforcement and assistance efforts.

The participants also discussed the recommendations formulated by the US Department of State in its annual Trafficking in Persons report, which was officially released a few days before this workshop. In addition, the workshop also focused on stepping up prevention efforts, which is particularly relevant in the run-up to the Global Anti-Trafficking Day traditionally held on 30 July.

This visit took place in the context of the project “Joint Action to Combat Trafficking in Persons in Georgia”, which is funded by the International Bureau for Narcotics and Law Enforcement Affairs of the US Department of State.