To mark the World Day against Trafficking in Persons on 30 July and raise public awareness about the crime of trafficking and forced child begging, the International Organization for Migration (IOM), in cooperation with the Ministry of Justice of Georgia and with the support of the EU, highlighted the often invisible dangers that child beggars face.

The most common forms of child exploitation in Georgia are forced begging and sexual and labour exploitation. Children, often below the age of 10, can be forced to beg by their parents, siblings, guardians, or even by criminal gangs. Child beggars work long hours and are often abused. Among victims of forced begging are migrant children who come from impoverished areas.

To connect with the broad public, including youth, IOM partnered with Gagosha, a Tbilisi-based street artist, whose work raises awareness on social issues, including forced begging and lack of access to education for children. The mural produced for IOM by Gagosha (which can be seen in the Vake Park underground in Tbilisi) was transformed into posters that carry crucial awareness-raising messages. On 30 July, IOM installed the posters at several billboards and bus stops in Georgia’s major cities of Tbilisi, Kutaisi, Batumi, and Telavi.

A targeted awareness-raising video, inspired by the “Black Cube Campaign,” was developed by IOM Georgia and will be broadcast by commercial and public TV stations and through social media channels during the coming weeks.

On top, IOM developed an informative video on the topic of human trafficking and the internet and shared it with its more than 16,000 Facebook group members and social media followers. With the use of social media, especially during the times of COVID-19, lockdowns, and economic hardships, traffickers have unique opportunities to reach out to potential victims at an unprecedented scale.

With this multi-media campaign, IOM is determined to lift the curtain on the dangers of human trafficking and show the negative consequences that may ensue from our misinformed actions. 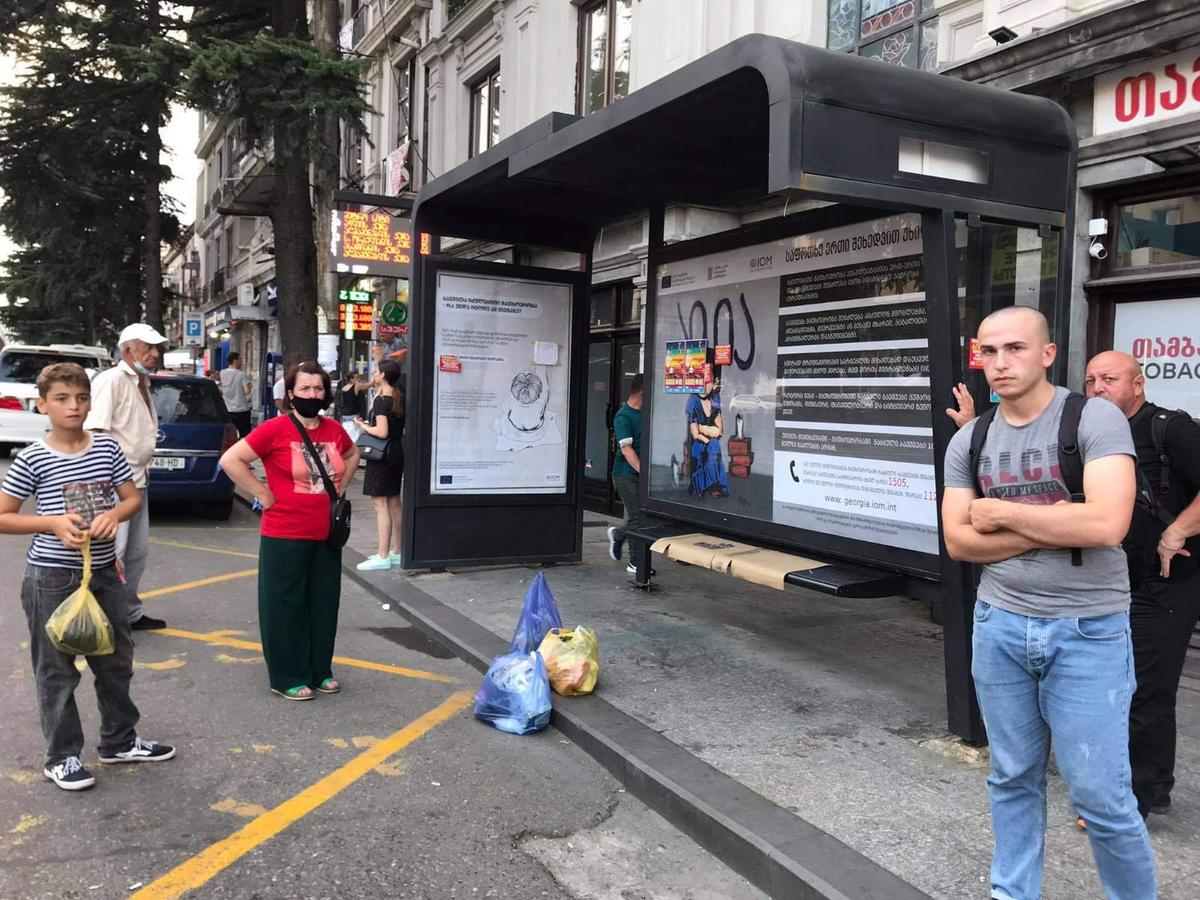 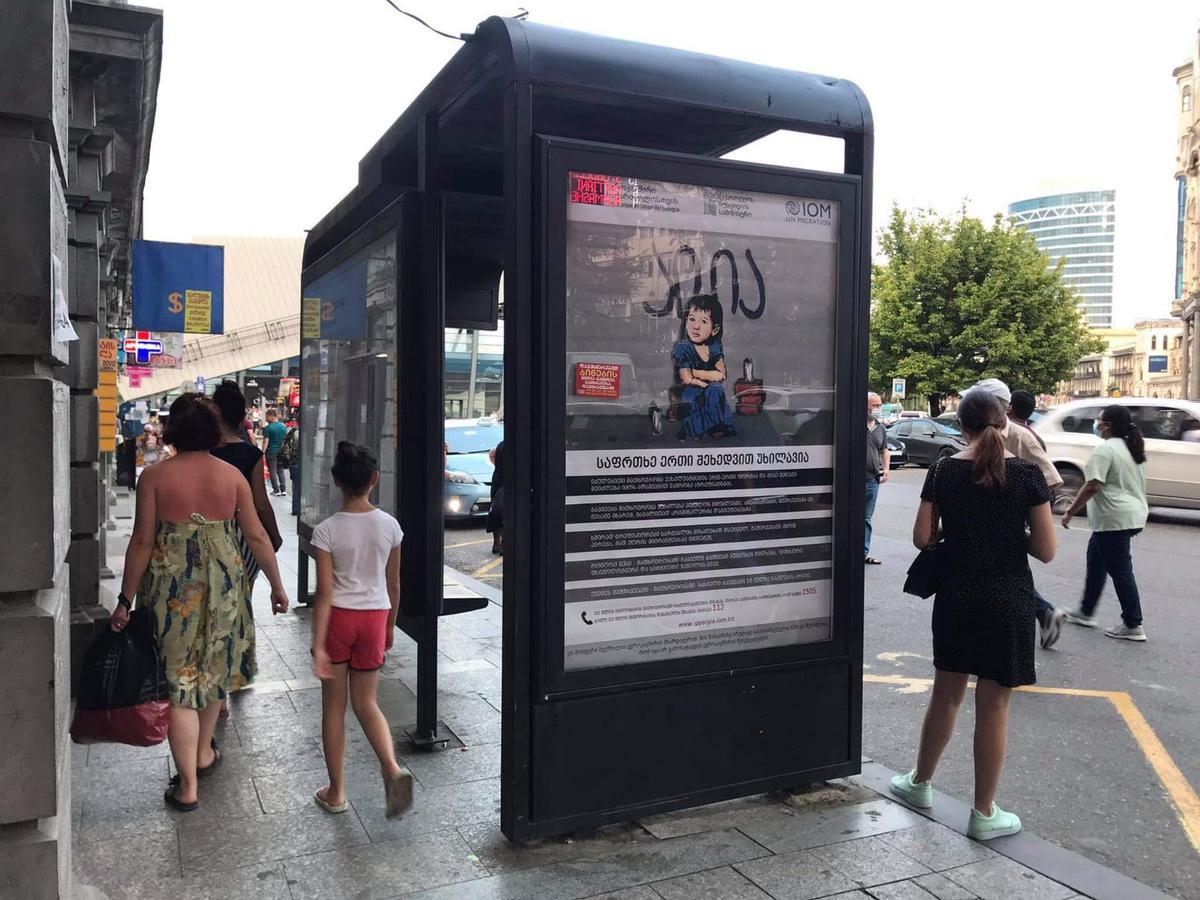 IOM Provides Body Cameras to the Agency of IDPs, Eco-migrants and Livelihood Provision